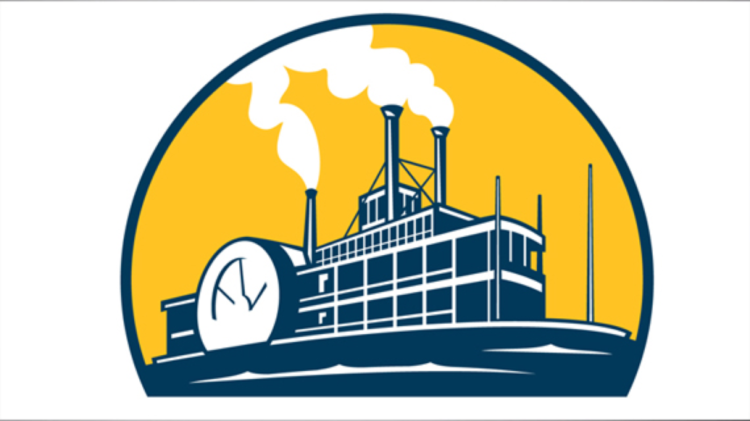 Aunt Rosie (actually she wasn’t really my aunt but was my cousin’s aunt – but we always called her Aunt Rosie) worked for CBS – I think as a secretary – but I am not sure really what she did there. Sometimes she would give me and my brothers tickets to TV shows.  The first time she did this the three older brothers (Marty who was 6, Myself who as 5 and Bob who as 4) got tickets to the Herb Skelton Show – a kids TV show.

Marty, always the ham, volunteered to be interviewed by the host (Herb). So he asked Marty: “What does your Father do?”  Marty replies: “He is a Fireman and a Steamfitter” . Now anyone watching the show would realize this is illegal for a firefighter in NYC to “moonlight” – have a second job. There were no repercussions as the only thing I remember about the show was at the end each kid got a present to take home. Now I don’t remember what Marty or Bob got, but I got a model of a steamboat. The Robert E. Lee. So I got a steamboat with a cool name and all I had to do was put it together. There was only one problem. I was 5 years old. My Father said “You can’t put this together – it’s got glue and you are too young to be using glue”. Remember the thing about Dad working two jobs, well another factor as actually having the time to put it together. So the steamboat found its way on a shelf – for a day when I was older. Then one day my Dad said “Uncle Tom will put it together for you”. So off to Uncle Tom it went. I figured I would have it back in a week or two at the most. But weeks, months, years passed – and still no Robert E. Lee steamboat.

Then one day what I was at my Grandparents House – my Uncle Tom still lived with them – I went down to the cellar to go to the bathroom – they had a toilet down there. The toilet had a cool pull chain to flush it. I decided after as I was done that I was going to look around the basement to see if I could find the Robert E. Lee down there.

I did find it but it was on a very high shelf so I could not reach it. Every time I visited my Grandparents house I would go down there and peek at the high shelf to see if it was still there. I reminded my parents that by now I was old enough to put it together myself, but my Dad kept saying “Uncle Tom will build it for you”.

One of my visits I did my routine visual check on the steamboat – and it was gone! I asked Uncle Tom where the model was – figuring that he just moved it somewhere else. But that was not the answer I got. Uncle Tom just said “Uhhhhhh what steamboat?”. I knew I would never see the Robert E. Lee Steamboat again.